The Daguerreotype - “The Collectible Firsts of Photography” 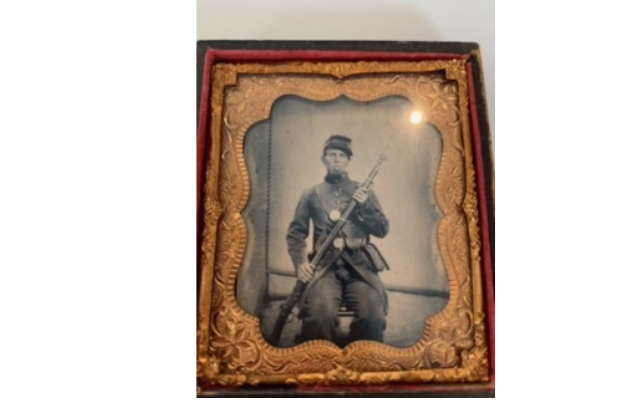 Have you ever wondered how the photography process first started?

The Daguerrotype was the first publicly available photographic process and was widely used during the 1840s and 1850s.

There have been many photographic firsts when it comes to the Daguerreotype.  The daguerreotype was the first commercially available photographic medium that didn’t take a scientist and chemist to create. Introduced in France in 1839 by Louis Daguerre, it was only a matter of months before the popularity of the daguerreotype spread throughout the United States.

Before this time, anything that might have been described as a photograph was only a vague and often indistinguishable images on a chemically treated surface. For example, the very first photograph ever taken by Niepce in 1826, an acquaintance of Louis Daguerre, looked more like a charcoal drawing than a photograph. Louis Daguerre later perfected Niepce’s process and brought us what we know as the Daguerreotype.

Here are a few of the first collectibles of pictures to spark interest in the early beginnings of photography:

1. The First View was taken from Niepce’s studio in 1826 was colorized to help make out trees, towers, and rooftops of buildings.

2. The First Person was a 10-12 minute exposure taken from Daguerre’s Diorama residence in 1838.  No traffic was captured in the exposure except one person, who was standing still enough to be seen in the image as he was getting his shoes shined.

3. The First “Selfie” was an image taken in 1839 by Robert Cornelius, a wannabe chemist, and photographer from Philadelphia. By setting up his camera at the back of a family store in Philadelphia, Cornelius took his “selfie” by removing the lens cap and then running into the picture.

4. The First Photograph of a US president was taken on March 4, 1841. William Henry Harrison was captured after delivering his inaugural speech. Unfortunately, the photo has been lost since then.

Daguerreotypes of subjects that typically moved and were harder to photograph, such as sports or animals, can be a rare find as well.  Unlike digital or 35mm negatives from a film camera that can be reproduced from a negative, daguerreotypes are always deemed an original.

Are you interested in finding your own unique daguerreotype? National Rarities often has various daguerreotypes for sale on our eBay auction site. If you would like to see our other estate pieces, visit our online store today.

To learn more about these collectible firsts of photography, contact National Rarities today.