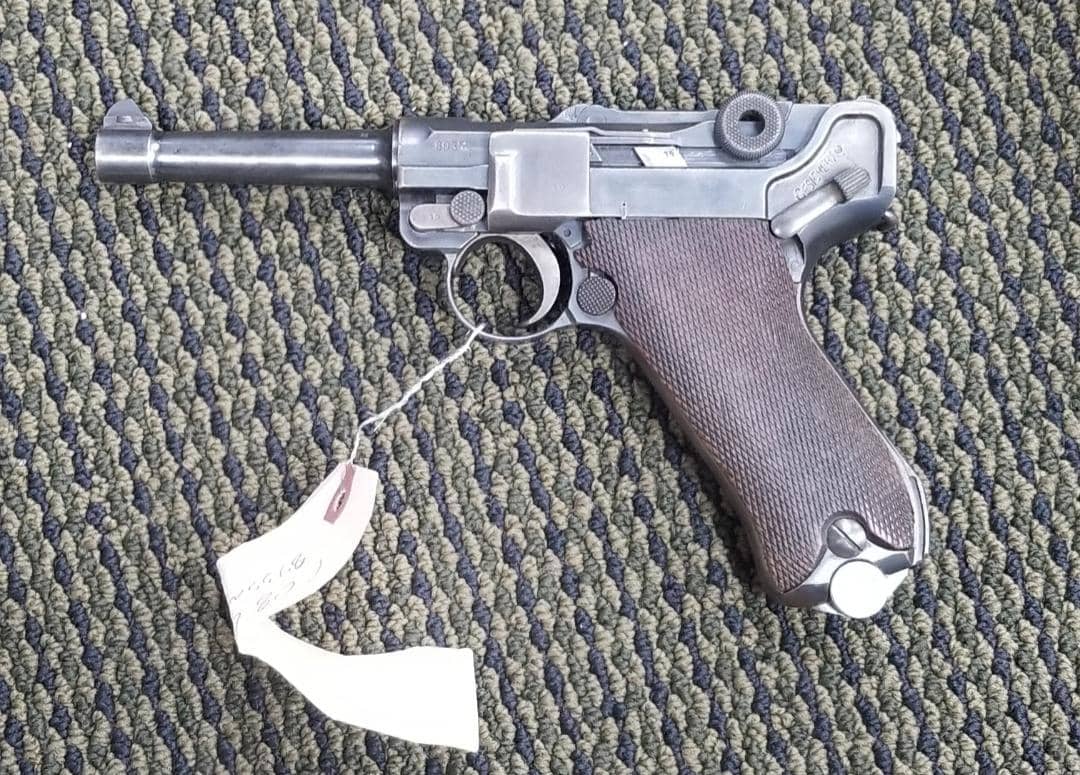 Here are 11 fun facts about collectible war memorabilia that will help guide you on your path as a collector or a seller!

1. U.S.-issued items are typically valued less than foreign-issued items due to the scarcity of other countries' militaria in our domestic market.

3. We at National Rarities are very critical on which U.S.-issued items we buy because many items are simply military surplus and, thus, so common that they hold no value.

4. The most common collectible U.S. service weapons that we purchase are the Colt Model 1911 Semi-Auto Pistol (introduced in 1911 for WWI and used in WWII), the Springfield M1 Garand (issued for the front lines of WWII), the Model 1903 Springfield (WWI, WWII sniper rifle).

6. U.S. Service uniforms are only valuable if the person was high-ranking or decorated; generic uniforms (unless WWI or earlier) do not hold that much value.

7. Foreign uniforms can be highly-valuable, particularly WWII Japanese or German, and earlier. A complete German or Japanese uniform can be worth very good money!

8. We buy any foreign service weapon, but the most common valuable weapons are from WWI and WWII eras. The most valuable weapons we see are German-issued service weapons; for example, the German WWII-issued Mauser K98 rifle was carried by German troops in WWII and is highly collectible in today's market. The Luger P-08, Walther P-38, Mauser C96 Broomhandle are all German-issued service handguns that hold high value in today's market and were used throughout WWI and WWII.

9. The Japanese service weapons that we most commonly see are the Nambu handgun and the Arisaka rifle used by Japanese troops in WWII. The most interesting Japanese items we see are issued military swords (katanas), which are essentially Samurai swords that were re-issued for WWII. These blades can be extremely valuable because they are commonly in soldiers' families for hundreds - if not thousands - of years, dating to the Samurai era. These swords are made of some of the highest quality of steel in the world. Typically, hidden on the katana blades are family signatures that can be used to trace back to the sword’s province and origin!

10. Foreign, bring-back items can range in value drastically based on whether they are "Capture" or "Bring-Back" weapons. A bring-back is defined as an item that a U.S. serviceman actually brought/carried home as a "war trophy." These items have no import markings and are identical to how we see them in the field. True bring-backs are often highly valuable. Capture weapons refer to items that were taken from surrendered troops then years later. They are often "re-finished" and sold as imports into our market. The most common capture weapons we see are surrendered German K98 rifles that were captured and surrendered to the Russians. The Russians refinished the rifles and sold them to foreign markets, such as the United States. These rifles would have Russian import marks and mix-matched parts. These weapons still hold value but are not nearly as valuable as true "Bring-backs.”

11. Most issued military watches are very collectible, both in the foreign and domestic markets!