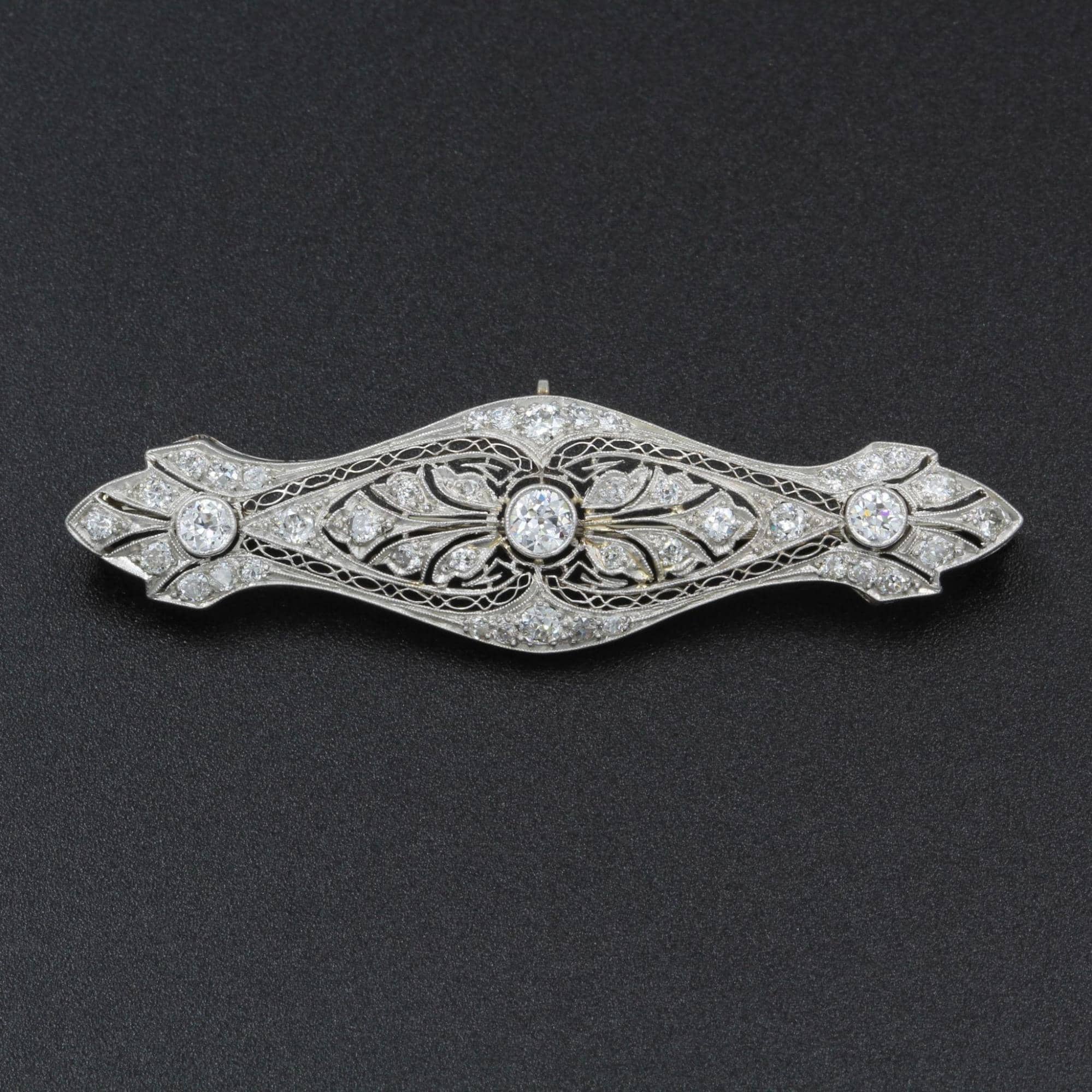 With jewelry, there is always a story and a history behind the design. The Edwardian Era of jewelry (1901-1910) falls within a time known as La Belle Epoch (The Beautiful Age) from 1871-1914. This period falls between wars and was a time of monumental changes in industry and design. The Edwardian styles have been represented by High Society and the need to move on from the heavier designs coming from Queen Victoria’s influence. Named after the English King, Edward the 7th, it is known as the last jewelry period to be defined by a British monarch.

During this time, women were expected to appear “put together” and seem more “lady-like.” The women’s fashion at the time was neat, conservatve, and detailed with ruffles. The colors were often in pastels or traditional white blouses with a black skirt. King Edward and Queen Alexandra loved parties and her style influence led to a need for redesigned jewelry to fit the current fashion trends she was setting. When it came to jewelry, these styles were made from a combination of yellow gold, silver, and platinum, but melting points were different and were too heavy for the desired trends. After the invention of the oxyacetylene torch, which was invented in 1901, platinum in jewelry became more prominent. White gold jewelry was not invented until 1915, so it would not be found with this style. Diamonds and white metals were soon in high demand to reflect the influences coming from the current fashion trends Alexandra was setting.

The Edwardian style reflects lace-like light weight designs to show off the stones (primarily diamonds). This complemented beautifully with the pastels and ruffles seen at the time. Another important fact is that all Edwardian jewelry is handmade, not cast or molded (the haute couture of jewelry). This made the main focus on elegance and feminine design. You would find common motifs used, such as bows, tassels, garland, stars, flowers, lace, wreaths, and circles. With more common techniques are millegrain, piercing, filigree, and guilloche’ enamel.

As for gemstones, Pearls and Diamonds were the desired gems used, but bold “precious” fine gems also accented and played center stage to these jewelry items. If you were looking for diamonds, the most common cuts were the European, mine cut, and single cut. These cuts gave a more demure and delicate look to the jewelry being worn. What brought many of these changes in cuts was the opening of the DeBeers consolidated mines, which made diamonds more readily available, and brought on new faceting techniques. This, in turn, also became the era in which diamond engagement rings began to gain popularity in society. New and exciting cuts were emerging like asscher, marquise, emerald, briolette, and baguettes. High-class women loved the style of engagement ring that stretched vertically down their fingers.

As mentioned before, pearls were highly desired and were sought in all shapes and sizes. At this time, pearls were more expensive than diamonds and a display of wealth. However, beyond diamonds and pearls were gemstones like sapphire, emerald, tuby, onyx, amethyst, opal, aquamarine, and demantoid garnet. Pearls and diamonds required authenticity; however, synthetic rubies and sapphires are not uncommon, rubies since 1905, sapphires 1911.

Although this was a more conservative time, it was the blossoming of femininity. It required necklaces and dangle earrings along with pins to add more glamour to this era of dresses with a turning point in fashion. With Edwardian jewelry, you will find yourself transported to a time where everything was in the small details.