The Tradition of Hands Clasped in Matrimony: Fede and Claddagh Rings 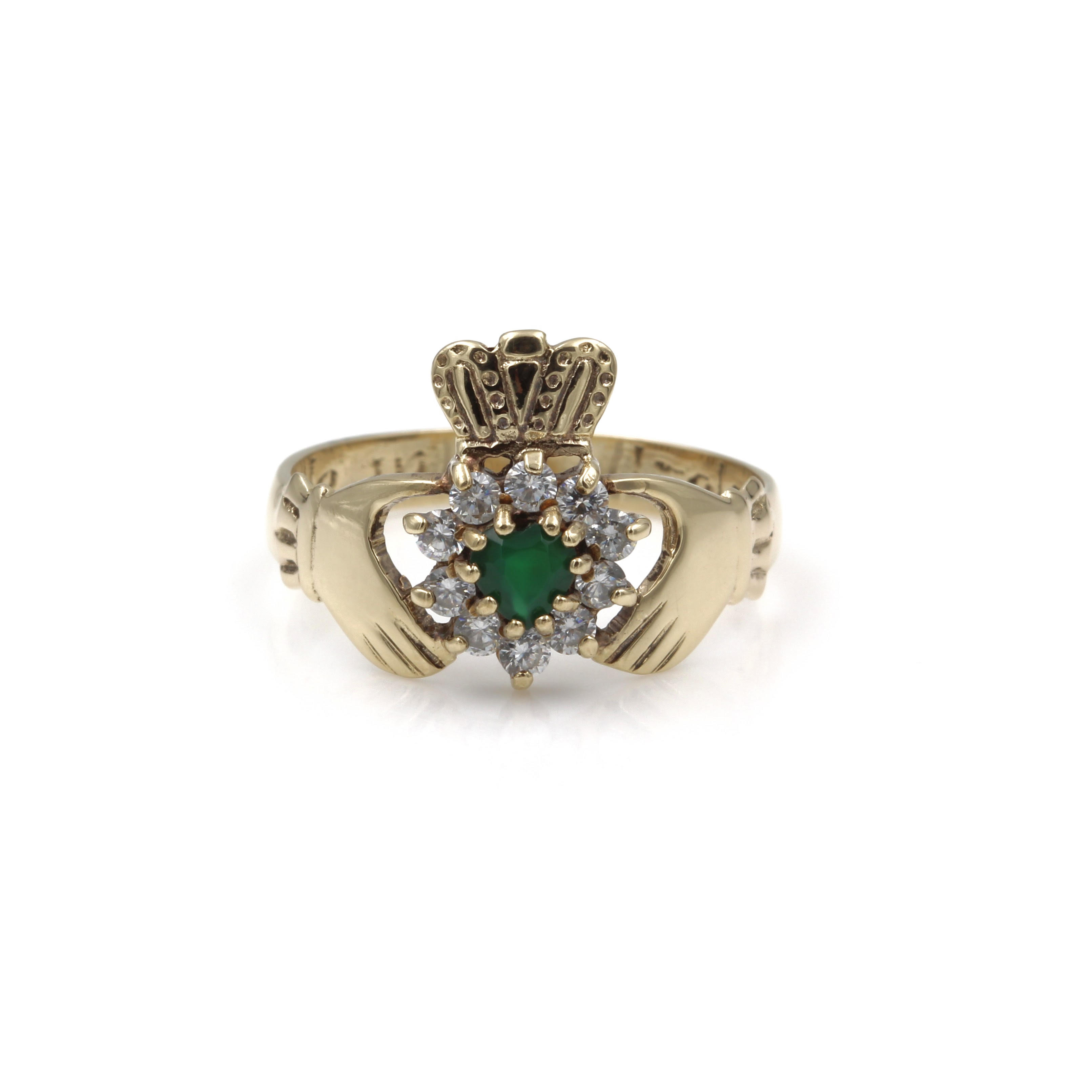 Have you ever wondered what the first wedding ring looked like and the history behind it?

Do ring designs with history and significance entice you?

Do you wish to find a jewelry style that tells a story?

Fede and Claddagh rings are unique, historical ring designs that are sure to make an impression this holiday season. Here’s why…

Thousands of years ago, ancient Egypt was the first-known culture to exchange rings of love with the unending band representing eternal love and life. The opening of the ring represented a gateway to the unknown. However, it was the Romans who first exchanged rings specifically for matrimony.

The earliest known representation of the wedding ring is called the fede ring. Roman in origin, the term “fede” is Italian for faith, fidelity, and trust. This symbolism is apparent in the phrase “mani in fede,” which means hands clasped in faith. The fede design depicts two hands clasping together in love/agreement or appearing to shake hands. One hand represents the hand of the bride, and the other hand belongs to the husband. The rings are used for both proposal and marriage.

Clasped right hands in marriage and fidelity are referred to as dextrarum iunctio in Latin. This symbolism, paired with the right hand, was considered sacred to the goddess of fidelity, known as Fides.

Fede rings can be made of either precious metal or base metal. The clasped hands motif can be solid metal or carved into a stone, like an intaglio. When the ring’s inner portion is engraved with a short verse or poem, the ring (whether fede or not) is now denoted as also being a posy ring. The inscriptions are often personal, and there is a sensual symbolism present with the words being closest to one’s skin.

When a fede ring is crafted to open up and reveal a concealed gemstone and/or design while also having the ability to split into multiple rings later, the ring is now known as also being a gimmel ring. A gimmel ring may or may not be a fede ring. Both betrothed parties wear a portion of the ring, and upon marriage, the bride wears the ring in its entirety. Depending on the number of individual rings possessed by the whole ring, sometimes a third party who brought the betrothed together would also wear a portion of the ring.

Another type of fede ring is known as the Celtic Claddagh ring. First surfacing in the 1600s in Claddagh, Ireland (an area close to Galway), the Claddagh ring depicts the clasped hands imagery of its fede ring predecessor and adds a heart between the hands and a crown located at the apex of the ring. The hands symbolize friendship, the heart represents love, and the crown signifies loyalty and fidelity.

Claddagh rings can be crafted of precious metals or base metals. Gemstones and/or diamonds are also often present in their design. The symbolism of the Claddagh ring is closely tied to the ancient Celtic tradition of handfasting. During the ritual in which rings were exchanged, the couple joins hands in front of witnesses and proclaims promises of marriage. For some, the hands of the betrothed were tied together during the ceremony and then loosed after the marriage was consummated. Others had the tradition of the hands being tied only during the ceremony.

The Claddagh or fede motifs can be present in other items besides rings, such as brooches and badges. Fede brooches were popular during the Late Middle Age throughout Europe, although more recent examples can be found. These rings are a step out of the box while still holding true to the traditional aspects of this style.